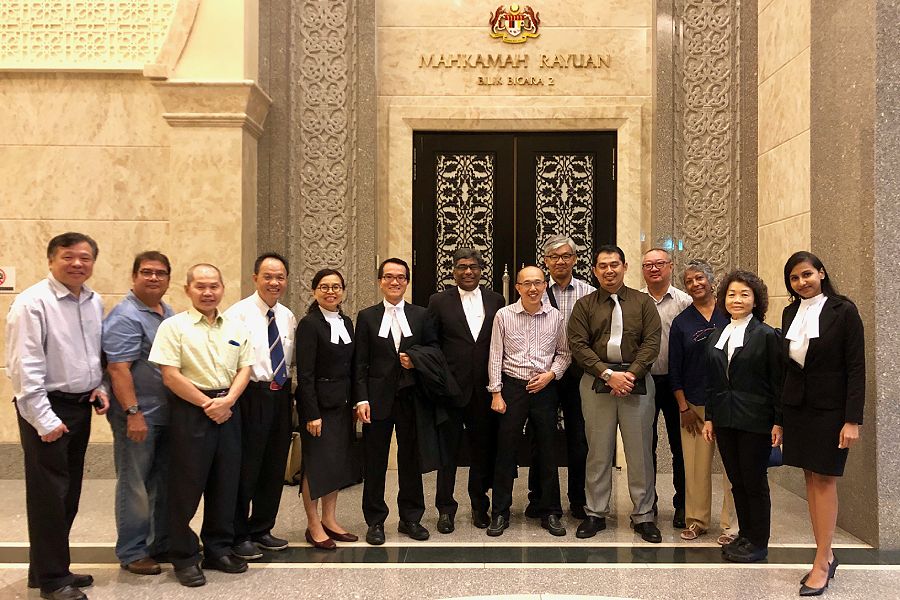 On 4 October 2019, the Court of Appeal unanimously allowed the appeal by Muhamad Nazri Bin Muhamad (Appellant/Plaintiff) against the Joint Management Body (“JMB”) of Menara Rajawali and Denflow Sdn Bhd (Respondents/Defendants) in the Court of Appeal Civil Appeal No: W-02(NCVC)(A)-2057-10/2018.

The decision by the Court of Appeal is significant as it binding authority for the principle that a JMB is required to determine and fix only a single rate of maintenance charges for all types of parcels in a development project.

On 7 October 2019, we published an article on the Court of Appeal’s decision here.

On 22 October 2019, we reported on the Court of Appeal’s full grounds of judgment here.

StarBiz reported that the fixing of a single “flat” rate for the different components, as granted by the Court of Appeal to a serviced apartment owner in mixed-use development Menara Rajawali, would “create chaos and confusion”.

StarBiz also reported that owners of high-rise projects in mixed-use projects will likely have to pay more for their monthly maintenance charges and sinking fund and that higher default rates are expected, followed by more lawsuits following the decision by the Court of Appeal.

The result is that the rate per share unit may either go up or down for some or all unit owners. It is therefore speculative to say that owners are going to have to pay more or that higher default rates are expected.

At a 15 October 2019 press conference organised by the Malaysian Institute of Property and Facility Managers (MIPFM), president Adzman Shah Mohd Ariffin was quoted as saying that it was not equitable to have a “flat rate” in a mixed-use development when different types of properties exist together. In his press release, Adzman said, “The conversion to share units at (the) same rate will be highly inequitable and will cause disharmony among owners and JMBs as there will be element(s) of subsidisation between the parties”.

The Court of Appeal did not decide that there shall be a “conversion to share units at the same rate”. Instead, the Court of Appeal decided that a JMB is required to determine and fix only a single rate of maintenance charges per share unit for all types of parcels, pursuant to the legislative framework of the SMA and STA. The Court of Appeal recognised that the share unit framework in the SMA is intended to be equitable. JMBs cannot undermine from the allocated share units by assigning different rates for different units. This framework is meant to avoid and curb inequitable, unfair and discriminatory practices, including the element of subsidisation, in determining the maintenance charges and maintenance charges rate in mixed development projects, which was the case in Menara Rajawali and prevalent in many other projects.

“JMB should have the same power as MC”

The MIPFM, National House Buyers Association (HBA), Property Survey Division of the Royal Institution of Surveyors Malaysia (RISM) and Association of Valuers, Property Managers, Estate Agents and Property Consultants in the Private Sector Malaysia (PEPS) were also reported to have expressed the view that JMBs should have the same power as management committees (MCs) to determine (different) rates of maintenance charges because JMBs perform “the same functions of the MCs”.

In general, although the JMB may appear to perform the same functions as the MC, the JMB is only the interim body in charge of the maintenance and management of the project pending the establishment and first annual general meeting of the MC. The MC is perpetual in its existence and therefore rightly has more powers and rights as compared to the JMB. One example is that the ownership of common property is vested in the MC and never in the JMB.

“One size does not fit all”

Similarly, HBA Sec Gen Datuk Chang Kim Loong (represented by Wong Kok Soo) was quoted as saying that due to the great diversity and complications in mixed-use strata developments in Malaysia, one uniform rate of maintenance charges will not be applicable equally to all the different types of strata properties. He said, “The maxim is true here that one size does not fit all”. He added, “Hence, HBA supports the different rates of maintenance charges for mixed-use strata developments where they are based on the fair principle of an owner paying for what he is entitled to use and vice-versa”.

The Court of Appeal’s decision that a JMB is required to determine and fix only a single rate of maintenance charges for all types of parcels is separate from the issue of different common property facilities being accessible to different parcel owners. The Court of Appeal’s decision is on the issue of interpretation of the SMA and STA in terms of the JMB’s power to determine the maintenance charges rate, whereas the issue of different facilities being accessible to different parcel owners is already within the discretion of the JMB, which consists of all parcel owners.

Given the Court of Appeal’s recent decision, it is therefore incumbent on JMBs, which consists of all parcel owners, now to consider (or reconsider) and resolve how they wish to deal with the access to and usage of the common property facilities in their respective development projects.