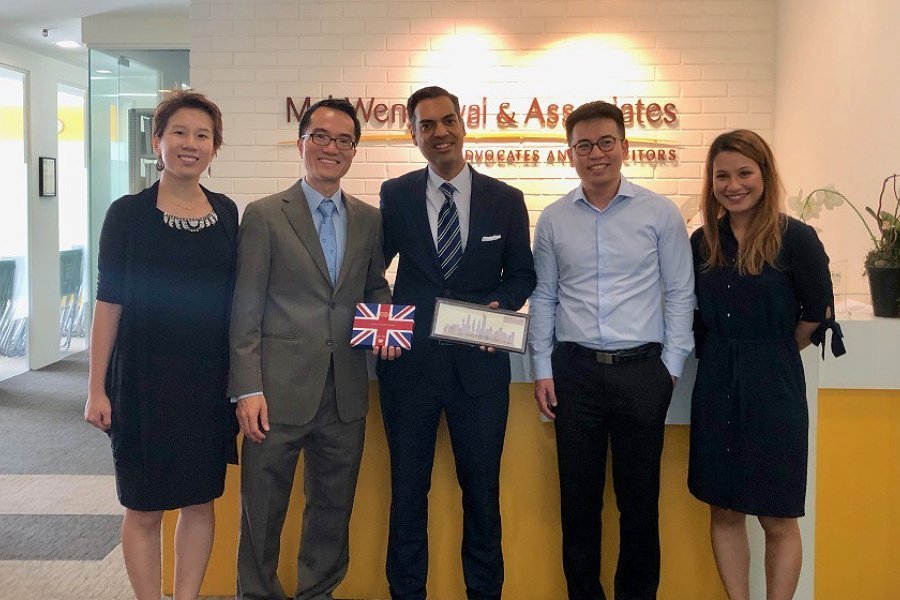 Niten Chauhan is the Head of the Insolvency and Restructuring Department a Partner in the Dispute Resolution Department in JPC Law UK, a full-service law firm based in London with an international reach. His participation in the market development visit by the Law Society of England and Wales (“Law Society”) brought him to Malaysia to speak on “Foreign Direct Investment: Issues and Opportunities in Malaysia and the UK” at the Asian International Arbitration Centre (AIAC) on 1 July 2019. 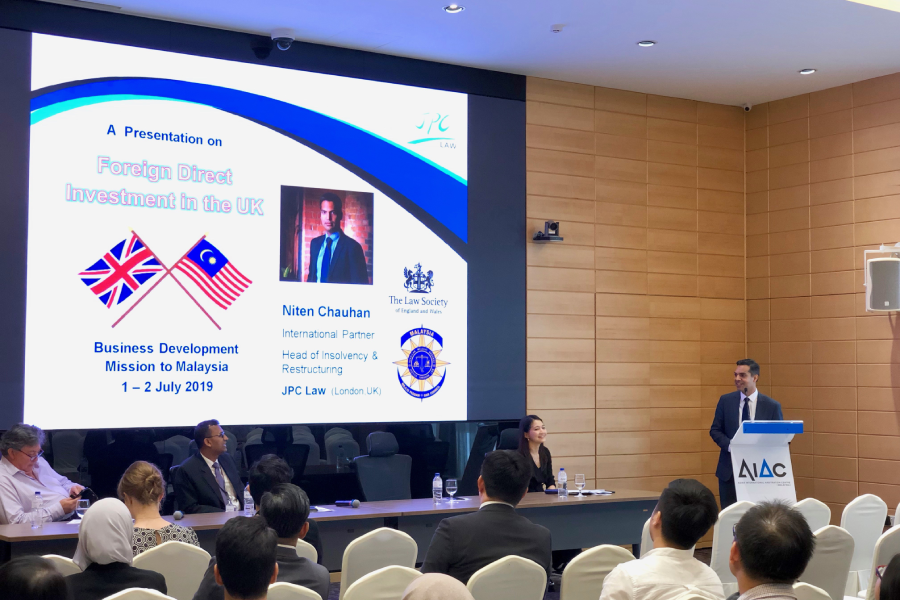 On 4 July 2019, MahWengKwai & Associates had the pleasure of having Niten Chauhan speak at our office on Foreign Direct Investment in the UK. The talk on investment in the UK took place in the context of an increase in foreign direct investment in the year 2017 followed by the United Kingdom’s preparation for Brexit and its departure from the European Union.

In his presentation, Niten provided the statistics of UK Foreign Direct Investment (FDI) in 2017 and 2018 where the UK remains to be the top European FDI destination even with the uncertainty of Brexit. Niten also shared with us the opportunities in property investment in the UK where the robust property market in the UK does not favour domestic buyers and treats foreign investors equally. It was positive to note that there are presently no restrictions for non-UK individuals in getting a property loan or any different transfer requirements for foreign investors.

For individuals or conglomerates who are interested to invest in companies in the UK, Niten emphasized that the UK has the lowest corporation tax amongst G20 countries which is beneficial to foreign investors. It was also highlighted that there are no specific laws in place restricting foreign investment and foreign-controlled companies are treated equally as UK owned businesses. Reference was also made to the rise of cryptocurrency around the world however the UK currently has no laws, guidelines or regulations on this yet as cryptocurrency is viewed in the UK as high risk due to its fluctuation in price.

Niten pointed out that the UK has its own challenges due to the uncertainty of Brexit. The main concerns are the drop in the value of the Sterling Pounds and the loss of benefits from the European Union membership. The exit from the European Union could also lead to instability in the property market and increasing trading costs and tariffs. The positives of Brexit are that the UK could form new partnerships and free trade agreements with more transparent and independent immigration policies which could be introduced. It was also said that Brexit could allow the UK to become a more attractive destination for foreign investors as there will be more flexibility both overall and in negotiations.

Finally, Niten commented that the UK and Malaysia share an intertwined history and by building better relations with South-East Asian countries such as Malaysia, it will encourage inward investment from South-East Asian markets. Niten delivered a firm message that “the UK is still open for business despite what the outcome of Brexit may be.” 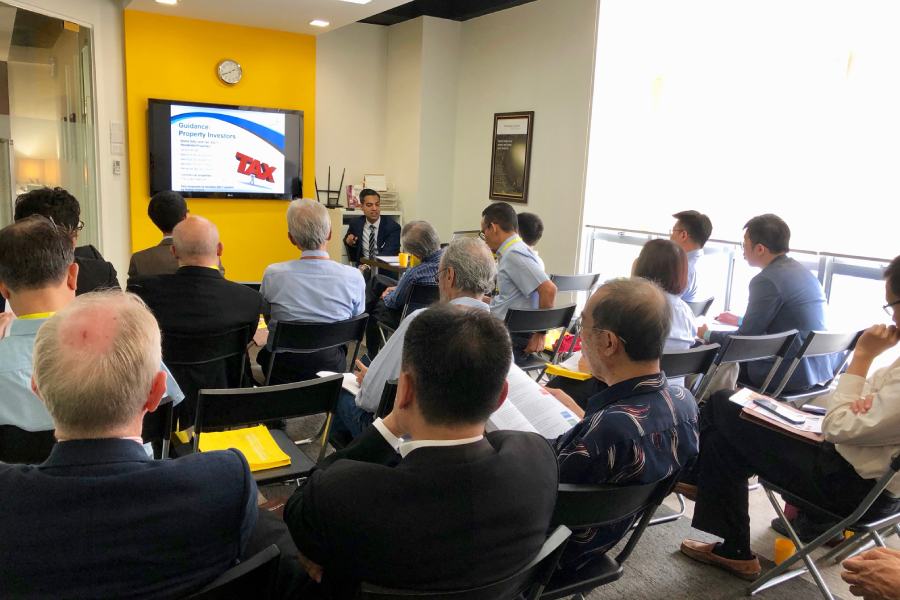