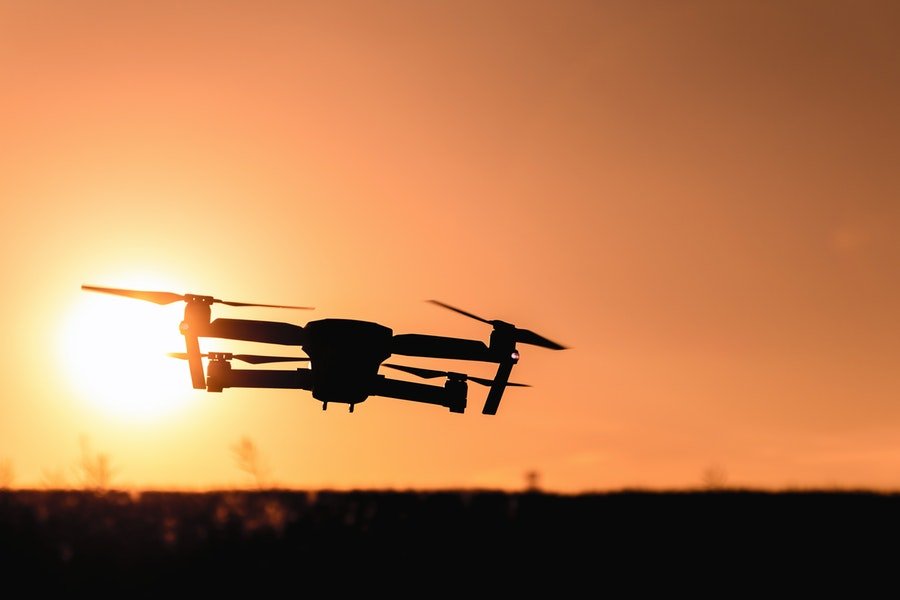 Drones or also known as private unmanned aircraft systems (UAS) have caught the attention of many netizens, especially travelers as they are able to capture aerial view of beautiful sceneries and landscape from high above. Drones footages give much bigger impact to viewers and they make travel videos more intriguing. Because of its ability to shoot simply amazing views from the sky, travelers are now keen to own and fly one. The use of drones have become an in-trend new hobby all around the world as they are easily purchased with reasonable price.

There are, however, possible legal issues worth to be observed or considered before flying a drone to avoid any incidental or unintentional breach of the law. In this post, we will discuss and explain the legal issues and the legal consequences which may arise in the use of recreational drones and not commercial drones.

At this current time, many states have not properly regulate the use of drones and enact a specific law for that purpose. Lawmakers are aware that the drone industry is rapidly evolving and proper regulation on its operation is pertinent to safeguard possible legal concerns. Few countries like the United States, France and Germany have taken the lead in legislating their use by enacting exclusive laws. These laws are supervised by the state aviation authority. Recently, Malaysia has followed through and enacted Civil Aviation Regulation 2016 (CAR 2016) which is part of the auspices of the Civil Aviation Act 1969 (CAA 1969); and the supervising body is the Department of Civil Aviation of Malaysia (DCA). As such, drone owners are required to and expected to observe the rules and laws applicable.

Another important point to be observed as a traveler with a drone is whether you are permitted to transport a drone into the state you are entering. Some countries are very particular at what you bring into their country. Some countries even regulate a straight-up ban against drones, making it illegal to own a drone in the state. For example, India has banned the use of drones however is now taking progressive steps as draft regulations have already been submitted to the relevant authorities. Kenya and Thailand are examples where permit for camera-mounted drones from the transport ministry is required should one wishes to fly his drone.

From the examples above, it can be said that some states see drones as normal toy, but some states take drones more seriously than others; some countries may even confiscate your drones, like Saudi Arabia.

It is advisable to research on the laws of each state you are planning to travel to before bringing your drone with you. Since drone law is still fairly new and may be unfamiliar to some states, information about the regulations are hard to get. Therefore, it may be best if a call to the aviation department or the custom department be made first.

2.Are you breaching any safety regulation(s)?

Safety is a crucial issue in aviation law. A slight mistake in the air can cause a disaster. About a year ago, a drone owner uploaded an image of landing airplanes at the Kuala Lumpur International Airport (KLIA). The image showed a close proximity between the airplane and the drone. This caused uproar among the authorities and the people as this was clearly a safety concern. The drone could easily get sucked into the turbine engine of the airplane risking hundreds of lives. The drone owner was called for investigation but was later released without any fine.

It is important for drone owners/pilots to ensure safety in the air space to avoid any accident. To ensure such safety, there are numbers of safety regulations to be observed before flying a drone. Amongst others, these are the core safety regulations applied in most states:-

As an owner or a pilot of a drone, you are reasonably expected to ensure the safety in the airspace in close proximity between the drone and the safety of the people under the flying drone.

Apart from the issue of airspace safety, there is also a concern over national security since drones are also able to store and collect data. This is related to high security places and areas such as palaces, governmental offices, and national enforcement bases. On 11 November 2017, the Star Online reported that a crew of journalists were sentenced to two months imprisonment in Yangon over wanting to document the parliament building. The rise in drone flying has definitely sparked concerns over national security enforcers as sensitive information are kept well within the walls of such building.

To curb breach of national security, some countries have declared few “drone-free” zones in their states. In Malaysia, Putrajaya has been declared “drone-free” area since most governmental departments as well as the residence of the Prime Minister are located in the district. In China, flying of drones is prohibited around major monuments like the Forbidden City unless permit is granted. In Singapore, the Parliament House, the Singapore Istana, and the Paya Lebar airbase are off-limits. In Japan, drones are prohibited in highly populated urban areas, Imperial Palace, Prime Minister’s Office and key facilities including nuclear power plants. Osaka and Tokyo have even banned drone use in all parks within the city limits. These lists of prohibited areas are of course non-exhaustive.

Flying your drone up high is fun and thrilling but you may risk yourself invading someone’s privacy. As simple as it may sound, privacy is a massive concern over the rise of drone use by netizens. This concern includes issues on personal privacy, data privacy, private property rights and intellectual property rights. Intrusion of an individual’s private space and right to privacy is possible in this case as drones are capable in collecting and storing data. Breach of such right is considered a serious offence, not only domestically but internationally, as it is a fundamental right granted to an individual.

Unfortunately, rules and regulations governing flying of drones do not specifically address the issue of privacy as much as security and safety in the airspace. The applicability of law of privacy in most states is very much in its general sense.

Although, this issue has not quite been challenged in the court of law, drone pilots are expected to observe the rule of “reasonable expectation of privacy” of individuals in their public life. One’s public life must not be restricted by fear of being monitored and one’s privacy must not feel intruded. This issue is, however, would be a clear-cut case in the event drones are flown above one’s private property while data is being collected.

Awareness on privacy rights are increasing amongst netizens. Since the applicability and principle of privacy law is almost general and similar around the world, drone pilots are expected to understand and observe others’ rights to privacy, while exercising their freedom to fly their drones.

4. Are you trespassing someone’s land/property?

Under common law, two elements are to be fulfilled to establish trespass in this circumstance; (1) mental state of the defendant, and (2) interference. The court gives great emphasis on knowledge and intention of the defendant to fulfil the first element.

The court also takes into consideration the height of the flight at the time the alleged offence is done. In this circumstance, the Plaintiff might argue that he owns the airspace above his land. On this note, I would like to refer to the case of Bernstein of Leigh v Skyviews and General Ltd, 1978, QB 479 where the court held that there is no trespass and the rights of the Plaintiff (the claimant) is not infringed on the basis that the rights of the landowner only extend to a height necessary for the ordinary use and enjoyment of his land.

It is, however, worthy to note that some jurisdictions recognise interference to airspace as part of interference to land. However, this issue has never been laid to rest as there are numerous conflicting views held by the courts.

5. Will you be liable if your drone caused harm to others?

At times, drones are piloted by unexperienced or untrained pilot and this may risk occurrence of accidents perhaps caused by mechanical failures, weather conditions, interference or even birds. Sometimes, accidents may happen solely because of piloting mistake.

In the event accident does happen and subsequently cause injury to others, either physical or property, liability for such injuries may fall on the pilot – if it can be proved that there was mistake or negligence on the part of the pilot.

It is clear that in such cases, the burden to prove damage lies on the aggrieved party who had claimed for damages on the standard of balance of probabilities.

It is without a doubt that piloting a drone is exciting and interesting. It will bring out the “kid” in you. Before you get too excited, be wary of the regulations that may apply. You do not want these regulations to be a buzz kill. As pointed out above, regulations on operation and piloting a drone is not widely regulated yet, but states are looking at enacting and regulating such act – eventually. In the meantime, you may want to stay away from prohibited areas which may raise national security issues and eliminate grounds for the authority to initiate any action against you. You may also want to pay attention to the issue of privacy and avoid being in breach of the rule of “reasonable expectation of privacy” as well as to observe where you fly to avoid trespassing. Last but certainly not least, I wish all drone pilots an enjoyable flight and happy flying!

Disclaimer: This article is a general comment and guide and does not constitute legal advice.